Zimbabwe becomes the newest OWSD National Chapter, and the last to launch in 2018. 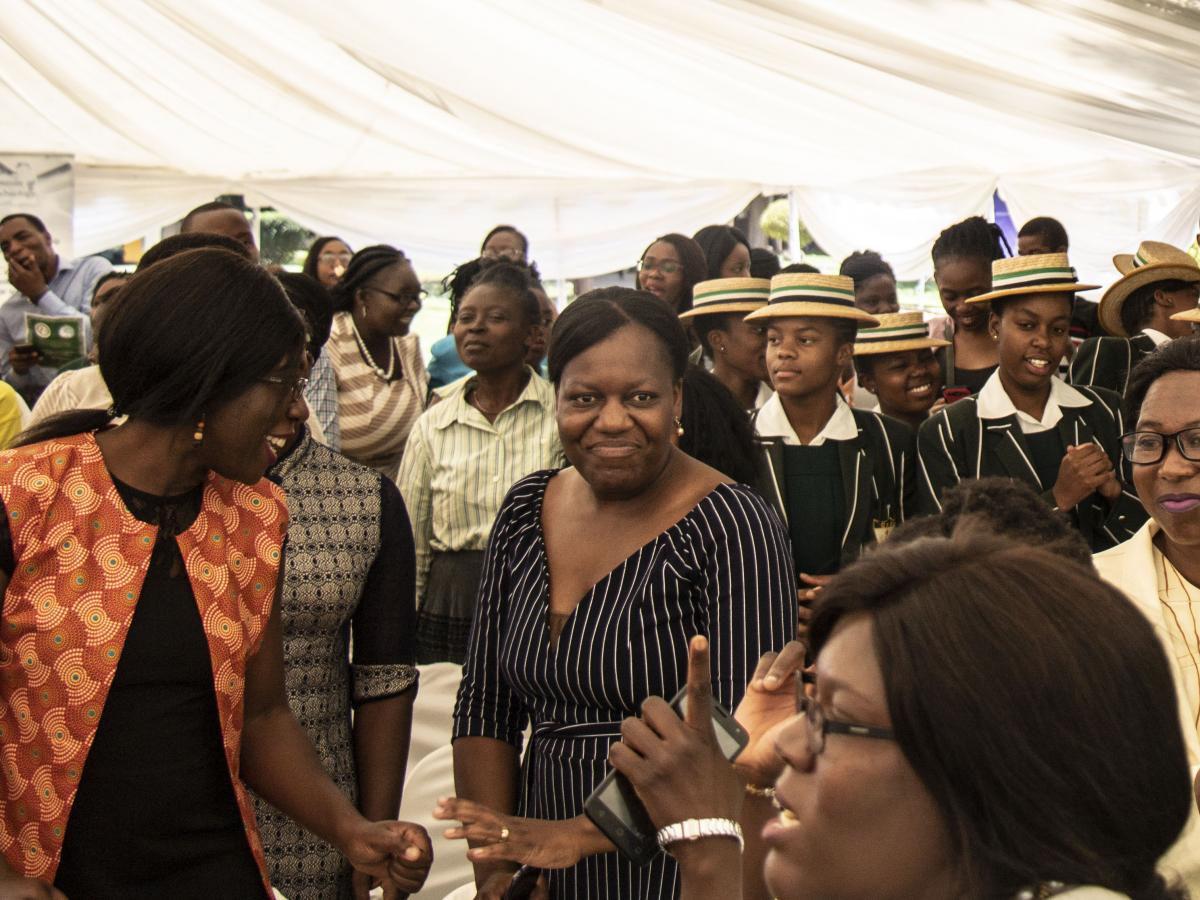 The event was opened by Perkins Muredzi, Dean of the School of Engineering and Technology at HIT, who expressed his eagerness to reach gender equality at the institute, where women are currently 35% of students in the engineering faculty. 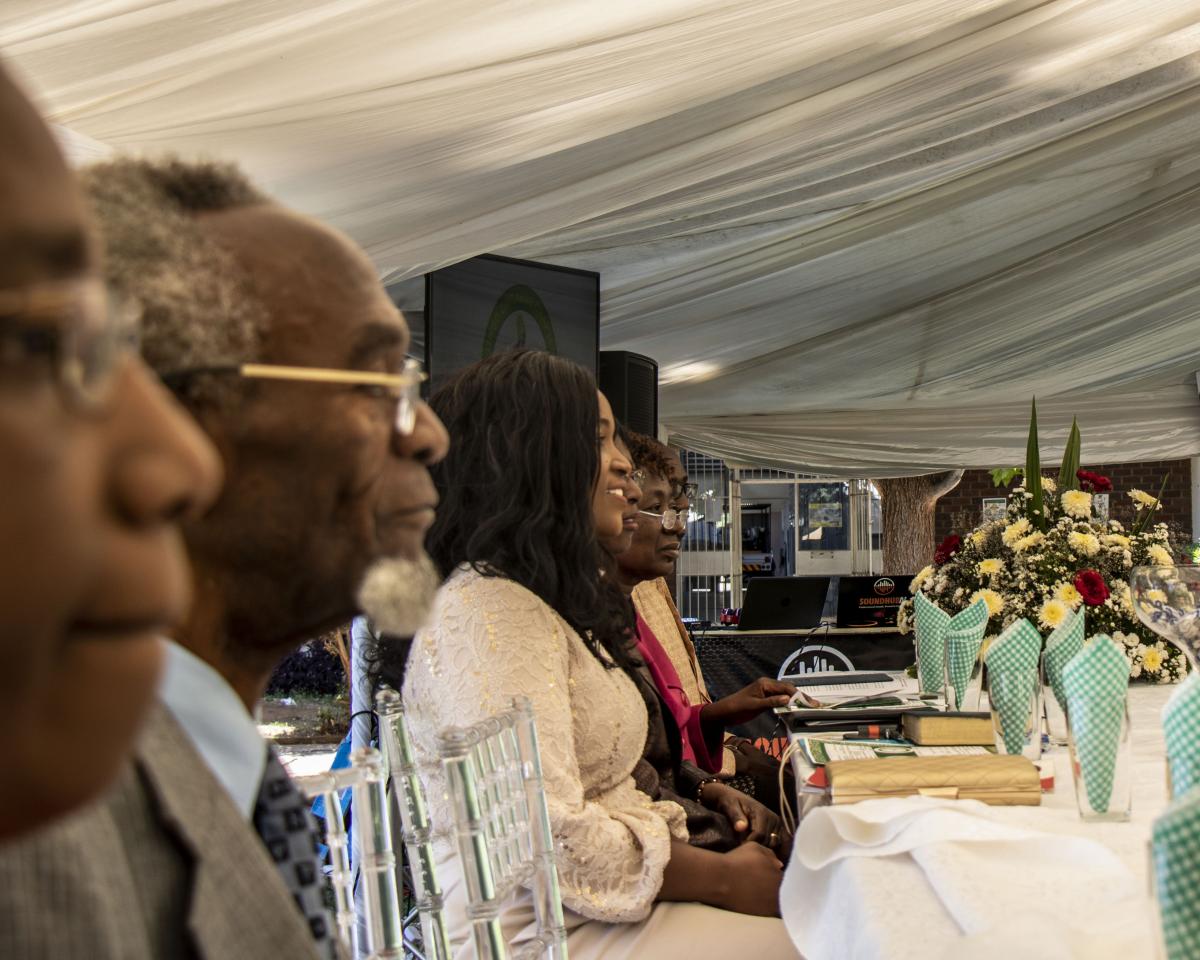 Fortunate Farirai, a Research Engineer at the Energy Technology Institute of the Scientific and Industrial Research and Development Centre and the first and current Chair of the OWSD Zimbabwe National Chapter, then addressed the crowd to introduce OWSD as an organization and to share her vision for the National Chapter. Among the objectives of the Chapter, she said, are: to increase women’s access to the benefits of science; to facilitate research collaborations between women both nationally and internationally; to initiate research projects relevant to the development of Zimbabwe; to familiarize members with patent procedures and other aspects of entrepreneurship; and to generate scholarship funding for girls to study science.

Christopher Chetsanga, professor of biochemistry at the University of Zimbabwe (UZ) and the first President of the Zimbabwe Academy of Sciences when it was formed in 2004, then spoke about how the inclusion of women in science is essential to a country’s development. 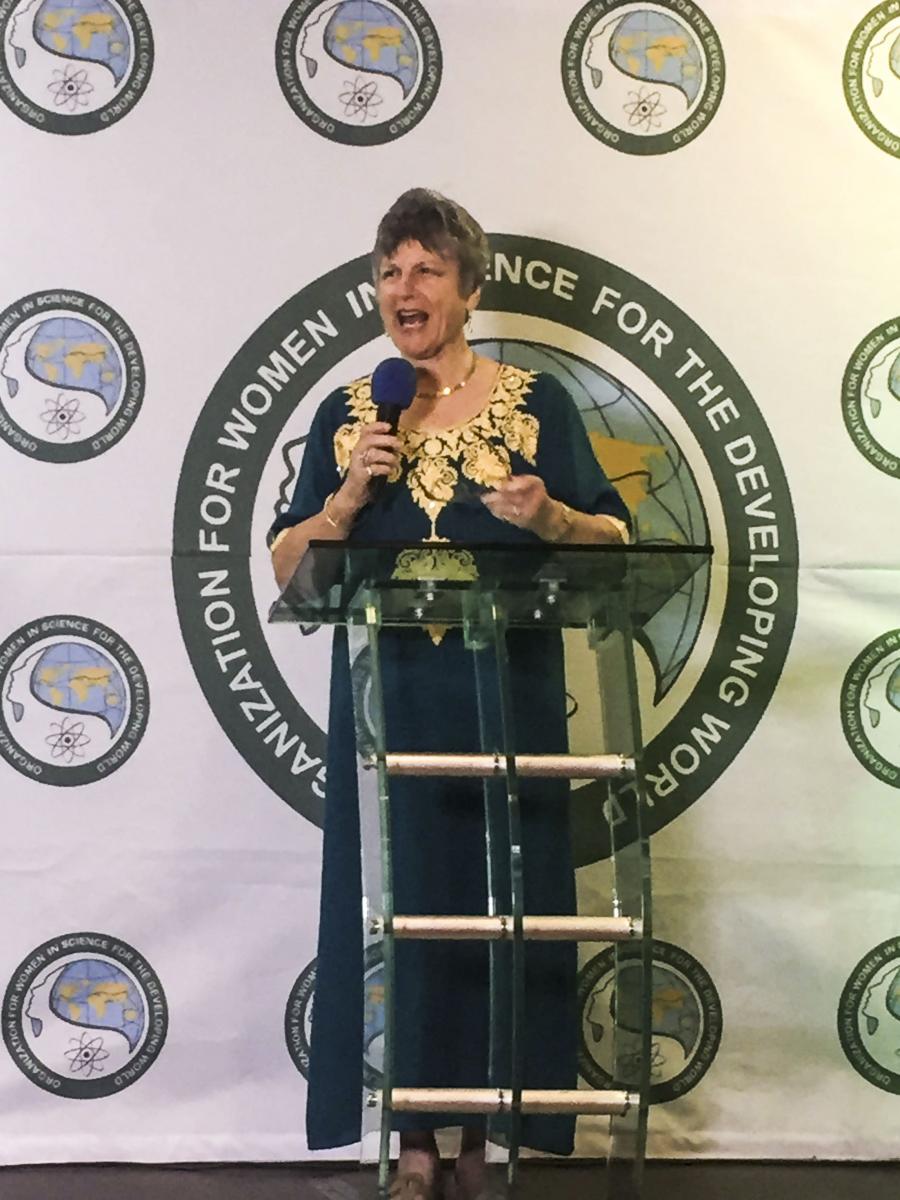 Following Prof. Chetsanga, OWSD President Jennifer Thomson welcomed participants to the event and expressed her great pleasure in witnessing the birth of the new National Chapter and in the growth of OWSD, saying that the National Chapters “are really the backbone of the organization.”

The morning proceeded with three presentations on various aspects of the experience of women in science. First, Grace Mugumbate, a professor of chemistry at Chinhoyi University of Technology (CUT), described the setbacks she faced in pursuing a scientific career, including being told as a girl that she could not study physics, and initially failing her A-level exams, but choosing to persist with her subjects anyway. Second, Sibusisiwe Murandu, Country Director for the Regional Psychosocial Support Initiative (REPSSI), spoke about the importance of social support to academic success as well as the concept of self-efficacy, or the belief in oneself to achieve one’s goals. Finally, Dahlia Garwe, Managing Director at the Tobacco Research Board of Zimbabwe, delivered an inspiring speech about persevering through the sacrifices that women scientists often have to make, citing her own struggle to balance motherhood and her PhD research, and assuring the younger students in attendance that they have every capability to succeed. To round out the morning sessions, four current and former OWSD PhD fellows – Violet Dudu (2016-), Ephifania Geza (2015-), Cathrine Maware (2013-2018), and Precious Tshabalala (2015-), performed a short skit in which they explained the benefits of the fellowship programme and how to apply. They were introduced by Zviregei Jiri (Bindura University of Science Education-BUSE), also an OWSD fellow from 2012-2018 and the new Vice-Chair of the Zimbabwe National Chapter.

During the lunch break that followed, participants first had the opportunity to explore one of the laboratories at HIT, with HIT staff explaining the purpose and use of various types of equipment. 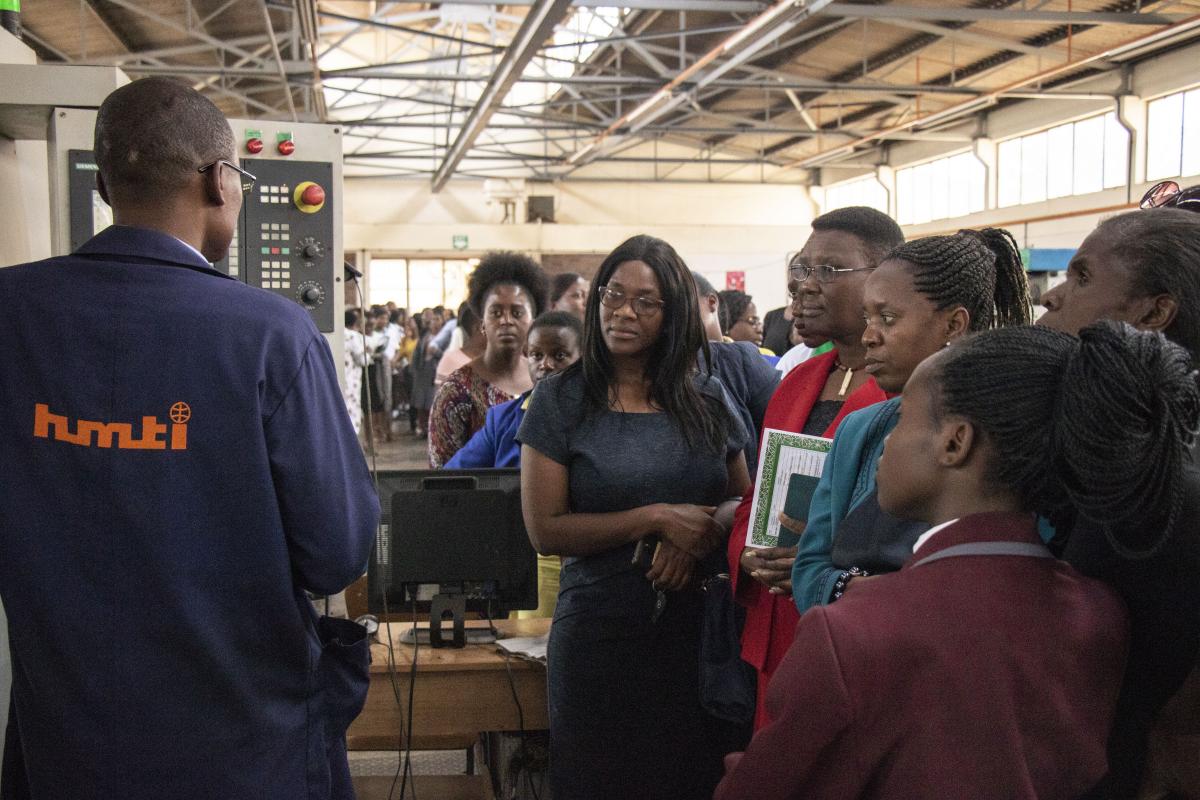 Following lunch, three breakaway sessions explored Career Opportunities in Science, Science and Entrepreneurship, and the Role of Scientists in Adaptation and Mitigation of Climate Change. Representatives from each breakaway group then presented their main takeaway points.

The afternoon proceeded with the presentation of several awards for local students, selected through an essay competition. The first place winners from the Form 3 and Form 5 levels received a 2-year A-level and 4-year university undergraduate scholarship, respectively, to continue their studies in science from OWSD Zimbabwe National Chapter. The awardees were celebrated enthusiastically by their fellow students – even with a bit of a spontaneous dance party.

Finally, to conclude the day’s activities, Erin Johnson, representative of the OWSD Secretariat, together with Rungano Karimanzira, Director of Projects and Technology at the Ministry of Higher and Tertiary Education Office of Science and Technology Development, spoke about what the launch of the Zimbabwe National Chapter meant to OWSD and to Zimbabwe, respectively, before cutting a 25th Anniversary cake made for the occasion. The daytime event was followed by a dinner for National Chapter members and invited guests at the Rainbow Towers hotel. Jennifer Thomson delivered a keynote address, again reiterating her belief in the power of the National Chapter to have widespread impact in Zimbabwe. Sarah Feresu, Director of the Institute of Environmental Studies at the University of Zimbabwe and Hilton Chikuya of the Zimbabwe Council for Higher Education (ZIMCHE) also spoke, encouraging the members both as part of the National Chapter and in their individual careers. Finally, a final cake-cutting ceremony was followed by dancing and celebration.

The logo of the OWSD Zimbabwe National Chapter depicts a woman passing on scientific knowledge -- symbolized by the atom -- to a small girl. In addition to representing Zimbabwe's cultural values, the gesture also embraces the importance of social science and of involving communities. The colours are those found in the flag of Zimbabwe.  The logo reflecs the aim of the National Chapter to work from the grassroots up.

The OWSD Zimbabwe National Chapter launched with 135 registered members. They can be contacted at owsdzimbabwe@gmail.com. They are hosted by the Zimbabwe Academy of Sciences.